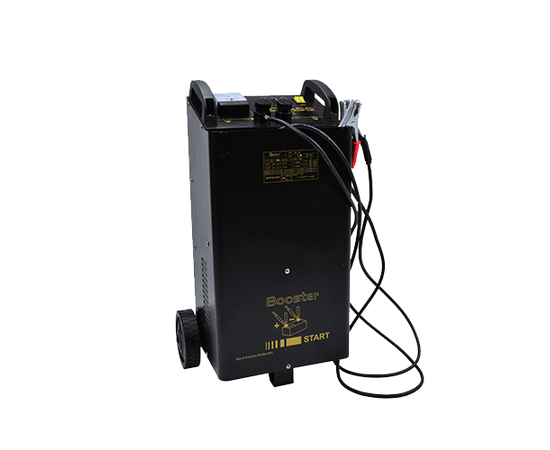 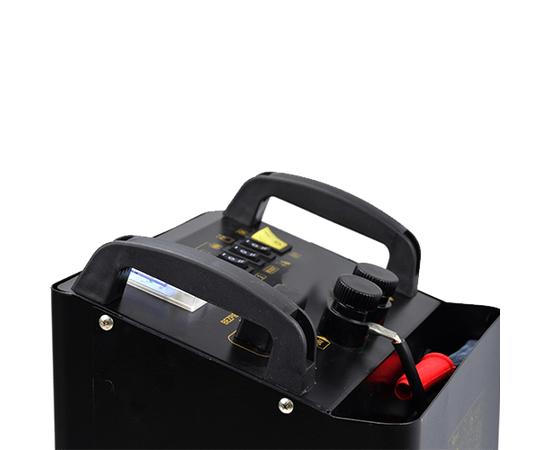 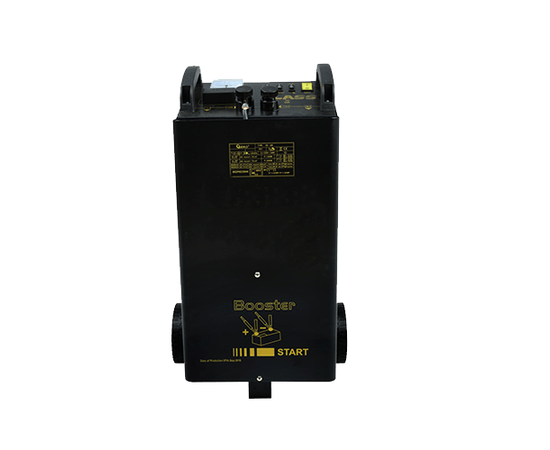 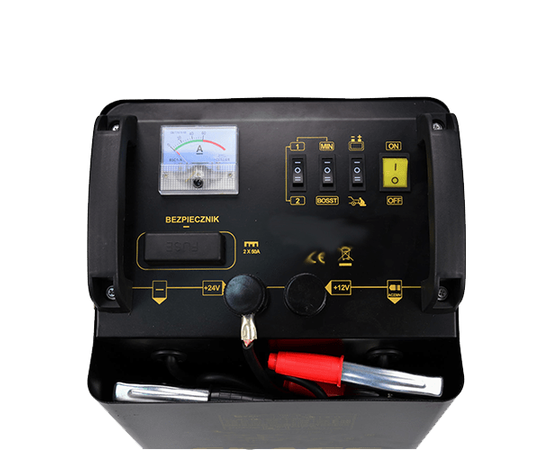 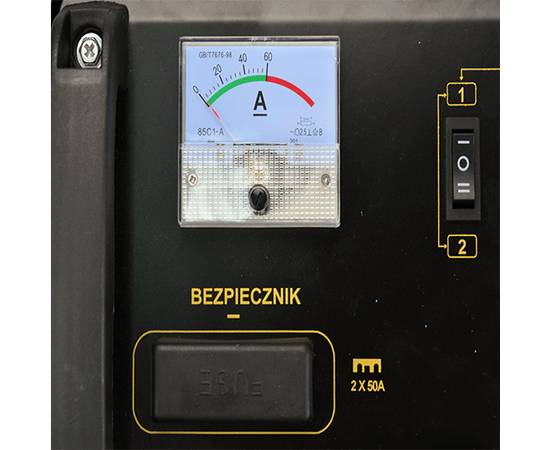 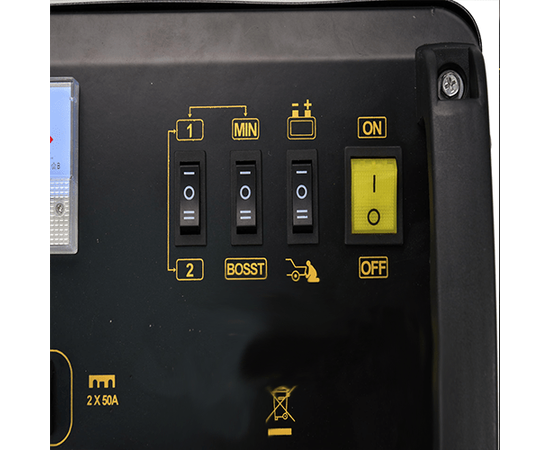 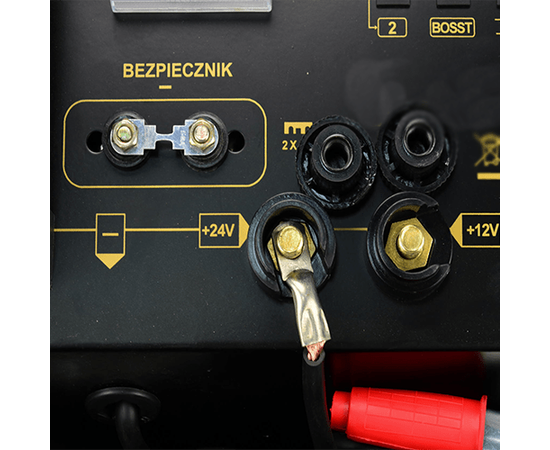 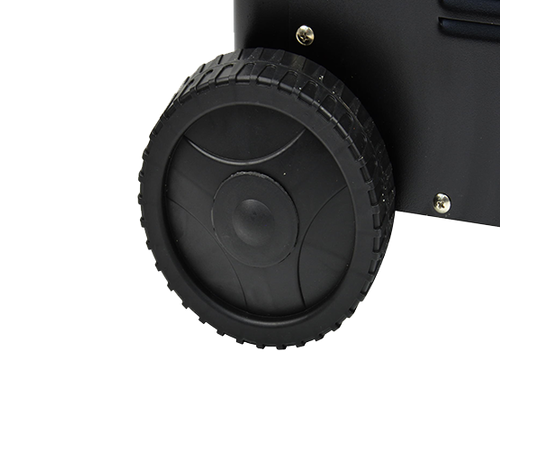 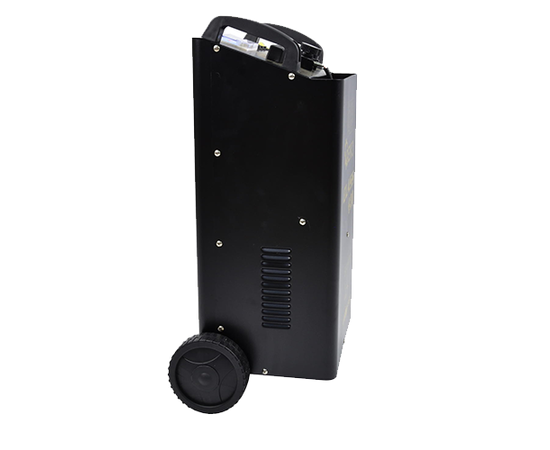 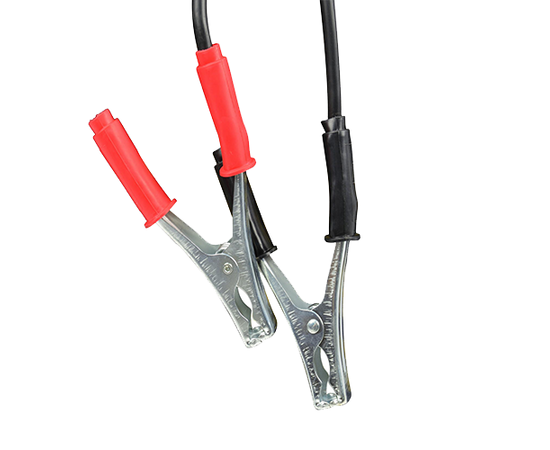 - Equipped with wheels and two large handles for easy transport

- Possibility to adjust the charging power

The rechargeable charger and starter are particularly pronounced on cold winter days, when due to lower temperatures, the capacity of the batteries decreases. This can lead to the inability of the vehicle or machine with the engine to be ignited by an internal combustion engine. Similarly, a battery starter and charger solves drivers' problems in cases where electrical consumers (radio, lights, etc.) are switched on in switched off vehicles, which in turn over-discharges the battery, which is then easily and quickly charged by the battery charger and starter. For the initial start of the engine, take care of the possibility of starting the internal combustion engine in the battery starter and charger.

Monitoring the charge on the battery charger and starter can be easily determined via the built-in digital display with large and clear numbers and the built-in ammeter.

The 240 cm negative (black) and 240 cm positive (red) connection cables ensure that the battery charger and starter are connected to a battery or other 12 V or 24 V DC electrical system.

© 2009 - 2022 TISTO. We make every effort to publish only verified and correct data; if you find untrue or inappropriate information on our site, please let us know at info@tisto.eu. The photos do not guarantee the properties of the products.