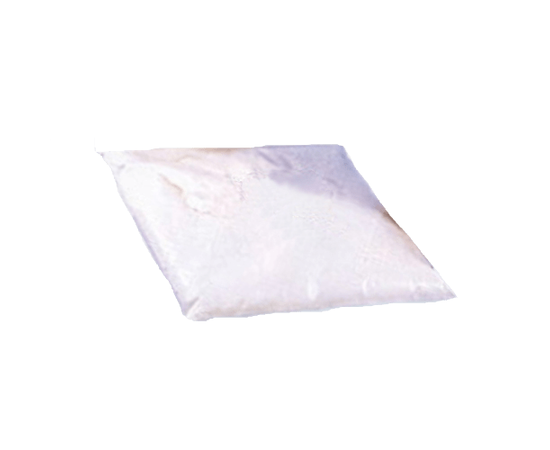 The tradition of burning lime

Limestone making is a very old activity that produces lime for masonry and bleaching. The limestone fired in the old way is a centuries-old tradition of Podpeč limestones. Folk tradition says that the place Podpeč got its name from this old activity.

This demanding task goes back a long way, and in Podpeč they started this activity in ancient Roman times, around the year zero, when they needed a binding material (mortar) for the construction of ancient Emona (today's Ljubljana) for the construction of buildings. the ingredient is lime. Both lime and the world-famous Podpeč marble were loaded by boats from Podpeč to Emona (later Ljubljana) along the Ljubljanica. More modern records of limestone mining in Podpeč can be found in articles dating back to 1890. From the records it can be concluded that more powerful and advanced masonry limestones in Podpeč appeared at the same time as the construction of the nearby Southern Railway, in 1857, when construction also brought to Podpeč more advanced engineering knowledge and the capital that the existing, or. immigrant villagers earned during construction. Prior to that, limestone workers set up the so-called simpler limestones in "baskets", which were placed in the forests above Podpeč in the immediate vicinity of firewood and already naturally broken stones from the sloping meadows. Foundations or the rings of these simple basket limestones woven from wicker are still visible today. The authenticity of the limestones is also indicated by the over 300-year-old, hand-excavated limestones near nearby churches and houses.

Most of the Ljubljana buildings built after the great Easter Ljubljana earthquake, which occurred on April 14, 1895, were built from Podpeč lime. Among the most important buildings built with the help of Podpeč lime are the National and University Library (NUK), Skyscraper, and most of the buildings along Slovenska cesta. It is evident from the records that the Podpeč lime, in addition to the Podpeč marble, was especially appreciated by the master, architect Jože Plečnik.

The activity has become a tradition that has survived to this day. At that time, people bought lime and transported it by wooden carts pulled by horses. At home, they had pits (limestones) where they burned fire lime and thus obtained slaked lime. It was used for masonry and bleaching. Over the years, industrial hydrated lime has appeared on the market. It was easier to use because there was no need to turn it off. Today, however, we offer mainly slaked lime, which is indispensable in the restoration of older monument-protected buildings and finished whitening products. We also offer a lime product called lime paint, which is a quality natural mineral paint.

Lime is a thousand-year-old tradition of our place. It is formed by burning limestone in a kiln at a temperature of 1000 - 1200 degrees Celsius. During calcination, carbon dioxide is removed from the limestone and calcium oxide is formed - calcareous lime. Firewood is used for brandy. It is necessary to burn continuously for 6 - 7 days. The process itself and the way the limestone is fired contribute to the fact that the final product can offer advantages over other similar products.

Slaked lime (lime dough) is formed by dissolving burnt lime in water. It must lie in pits for one year or more before use. This improves its quality.

Use of slaked lime

It is useful for whitewashing rooms, preparing coarse or fine mortar, for restoring old monument-protected buildings, for building bread and similar ovens, stoves, where the addition of cement is not recommended.

To whiten new rooms, we need to dilute the slaked lime with water 1: 5, the second coat 1: 2 (1: 1) for the first coating, which the masters call “masonry bleaching”. For the final coating, we recommend our lime paint, which is applied with a roller. If they appear on previously invisible cracks in the line during whitewashing, the wall should be lightly sanded before the next application.

It is easy to prepare coarse or fine mortar because lime is in the form of a paste.

Use of lime in agriculture

Lime is used to whiten the trunks of trees, especially fruit trees, to prevent the bark of trees from cracking, because cracking wounds are ideal sites for pathogens.

The coating also has antimicrobial properties that provide hygienic and sanitary benefits to the animals in the stables.

Lime is needed in the routine maintenance of barns. A traditional animal barn contains a series of very rough surfaces that are difficult to wash and clean, such as stone and masonry bricks, as well as wooden ceilings. Dust, dirt, insect debris and debris collect on these surfaces and can become very dirty.yes. Lime creates a sanitary coating. Surface dirt is removed with whitewash.

By agreement, it is possible to fill larger quantities in their own packaging (eg in barrels).

The old process of extracting lime - a recognized home craft

The process of obtaining lime is demanding, as it requires a lot of physical effort and knowledge. Limestone (Ca CO3 calcium carbonate), which was previously dug in domestic quarries and is light gray in color, should be stacked in a special kiln called limestone. First of all, it is necessary to make a vault (velb) from the stones, under which a firebox is formed. The vault must be carefully folded, as there is a risk that the vault will collapse during burning and consequently it will not be possible to continue burning. Thus, each stone must be processed by hand to adapt to each other. Once the vault is made, the stone is filled to the top of the limestone. When the limestone is filled, the firebox is closed with an iron door and the furnace is ignited. It must burn night and day for 5-6 days at a temperature of 900 - 1,200 degrees Celsius, releasing carbon dioxide and forming calcium oxide (CaO) - calcareous lime. When the limestone is fired enough is determined by the color of the fire, which is seen at the top of the limestone.

When the stone is sufficiently fired, the limestone must be cooled for at least two days. Then the iron door of the kiln is removed, the firebox is cleaned of ash residues and the excavation of calcined lime is already started, which is taken to limestones pre-filled with water so that the calcined lime can be extinguished.

The time required for the stone preparation process, limestone filling, wood burning and final quenching is one month of hard work. This is an ancient way of extracting slaked lime and the activity is a recognized home craft.

It is recommended to remove Jupol, but lime paint can also be applied to Jupol (two coats). While the surface is painted with jupol smooth, the surface of the lime paint is slightly rough, which is also fine.

Otherwise it depends on the weather, or. from temperature and humidity, as this affects the drying time, but we recommend that it dries at least one day, which means it is good to carry out a second application the next day.

Calcium hydroxide-slaked lime reacts with carbon dioxide from the air, which means that the lime hardens-petrifies and is not erased. However, experience has also shown that at very high air temperatures, ie in the summer heat, whitewash dries so quickly and because there is no moisture in the air, it can happen that invisible dust is formed on the surface of the wall, which is erased. These are rare exceptions, but they are worth remembering.

Lime paint must be diluted with water up to 15% before use, depending on the wall. A wall that absorbs strongly needs to be diluted more so that the whitewash looks even and looks more beautiful.

Lime paint can be applied directly to gypsum boards because it adheres well. As in all cases, the walls are only pre-bandaged.

Color:
Bale
Use of slaked lime:
For whitewashing rooms, preparation of coarse or fine mortar, for the restoration of old monument-protected buildings, for the construction of bread ovens and stoves, stoves where it is not recommended to add cement.
Preparation of coarse mortar:
The lime-sand ratio is 1: 3 or 1: 4 (lime is in the form of a paste)
Preparation of fine mortar:
The lime-sand ratio is 1: 1 or 1: 2 (lime is in the form of a paste)
Preparation of slaked lime for bleaching new premises:
For the first coating, which the masters call "masonry bleaching", the lime is diluted with water in a ratio of 1: 5, the second coating 1: 2 (1: 1). For the final coating, we recommend our lime paint, which is applied on a roller.
Use of slaked lime in agriculture:
For bleaching doubel trees, especially fruit trees, to prevent cracking of the bark of trees, because the wounds caused by cracking, ie ideally the intrusion sites of pathogens.
Use of slaked lime for disinfection in agriculture:
The coating has antimicrobial properties that provide hygienic and sanitary benefits for animals in stables.
Use of slaked lime for maintenance of agricultural economic facilities:
Slaked lime is required for routine barn maintenance. A traditional animal barn contains a series of very rough surfaces that are difficult to monitor in cleaning, such as stone and masonry bricks, as well as wooden ceilings. Dust, dirty, collects on thes
The basic ingredient from which lime is obtained:
Common Limestone - Calcium carbonate CaCO3
Basic Chemical composition of slaked lime:
Ca (OH) 3 - Calcium hydroxide
Old:
Yes
Environmentally friendly and natural:
Yes
Solvent free:
Yes
No diluents:
Yes
Non-allergenic:
Yes
Prevents the formation of mold:
Yes
Vapor permeability:
Yes
Positive impact on lower heating costs and lower energy consumption:
Yes
Wrapping:
in a bag weighing 25 kg
Garancija:
12 mesecev

© 2009 - 2023 TISTO. We make every effort to publish only verified and correct data; if you find untrue or inappropriate information on our site, please let us know at info@tisto.eu. The photos do not guarantee the properties of the products.